For Excellence in Equine Veterinary Care 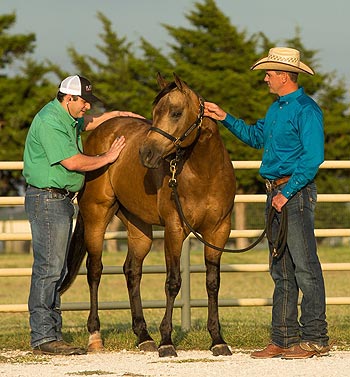 Dr. Rhoads grew up on the east coast in the state of Maryland. His love of horses began early in his youth while he was active in the horse program of the local 4-H. He obtained his first show horse in 1984 and competed in Western Pleasure at AQHA shows.

From 2000-2003, Dr. Rhoads was the staff surgeon at Equine Services, a referral equine surgery hospital in Simpsonville, Kentucky. In 2003, Dr. Rhoads fulfilled a lifelong dream of living in North Central Texas when he moved to Whitesboro to work as an associate surgeon at Performance Equine Associates. 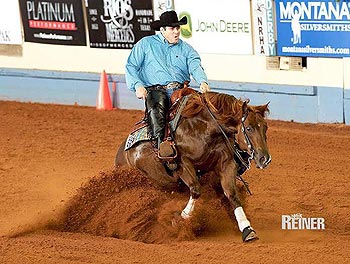 Dr. Rhoads enjoys riding and showing reining horses in NRHA aged events. While attending these events, Dr. Rhoads is able to provide continued care to many of his patients with his mobile equine clinic. Dr. Rhoads’ current show horse, Mega Maggie Mae, was the 2015 NRHA Futurity Levels 1-3 champion and level 4 reserve champion. In 2016 the pair won the preliminary rounds of both the NRBC and NRHA Derby and was crowned the Level 4 NRHA Derby Champion.