For Excellence in Equine Veterinary Care

Regenerative medicine is a relatively new way of looking at treating equine injuries. Historically, when tissues were damaged, the body relied on fibrosis, which means filling in damaged tissue areas with scar tissue. This usually rendered the tissue functional, but the properties of scar tissue such as inelasticity render it prone to constant re-injury. The concept behind regenerative medicine is to actually replace injured tissue with the original type of tissue, whether it is tendon, ligament, bone, or cartilage. This type of healing renders the tissue more normal, so it is stronger and less prone to re-injury. While we are far from perfecting the techniques involved in regenerative medicine, great strides have been made in all species, and will continue to do so. The two main components of regenerative medicine include stem cell therapy and growth factor therapy. I also will include shock wave therapy under this category for reasons that will follow.

Stem Cell Therapy: A stem cell is a cell that is undifferentiated, and when placed in a particular environment, will differentiate into a specific tissue. In equine sports medicine, adult stem cells are employed. Adult stem cells can differentiate into all types of connective tissue, such as bone, tendon, and ligament. The two main sources of stem cells in the body are adipose tissue (fat) and bone marrow. Fat tissue is typically harvested from beside the tail head using liposuction, so that the cosmetic outcome is excellent. The fat is sent to the lab and processed, and generally, enough stem cells are present to be returned within 2 days for re-injection into the injured area. Bone marrow is typically harvested from the sternum in the standing, sedated horse. This bone marrow is then sent to the lab, where it must be cultured, which means the stem cell lines are isolated and propagated in artificial media. This results in a high yield of cells, but requires 3-4 weeks. Both types of cells can be stored frozen for later use. A newer form of stem cell that may be utilized in the future are stem cells isolated from umbilical cord blood. These cells must be collected upon birth of the foal and then stored frozen for later use if necessary.

Bone Marrow Aspirate Concentrate (BMAC): Bone marrow aspirate can be processed in the clinic to arrive at a concentrated solution of stem cells and growth factors. BMAC can then be used immediately in damaged joints and soft tissues. The BMAC can also be “activated” with thrombin to form a gel which may be useful in certain anatomic areas such as in bone or cartilage defects. BMAC can be used by itself, or a sample of bone marrow can be sent to the laboratory to be cultured for subsequent injections.

Platelet Rich Plasma (PRP): Platelet rich plasma is the part of the blood that is rich in clotting components called platelets. When these platelets are exposed to damaged tissues, they degranulate and release chemicals called growth factors. Growth factors accelerate and assist in tissue regeneration and repair. PRP can be processed in the clinic using the patients blood, and then used fresh to treat damaged joints or soft tissues. PRP can be used alone, combined with stem cells, or activated with thrombin to form a gel. PRP in the gel form is often used on wound surfaces to accelerate healing.

Interleukin Receptor Antagonist Protein (IRAP): Interleukin receptor antagonist protein is a natural anti-inflammatory that is present in the blood and tissues. During the processing of IRAP, the production of this protein is amplified by using a special syringe containing copper sulfate coated glass beads. When the horse’s blood is exposed to these beads and incubated, cells in the blood (monocytes) are stimulated to produce IRAP. IRAP rich serum is then injected into injured joints or soft tissues. Typically enough IRAP rich serum is obtained so that there will several doses that can be stored frozen and used in subsequent treatments. Typically, IRAP is used weekly to biweekly in joints or around damaged soft tissues.

Shock Wave Therapy: Shock wave are high energy pressure waves that can travel through tissue without a decrease in energy until a change in tissue density (acoustical impedence) is encountered. For this reason, shock wave therapy was initially used to break down kidney stones in a procedure called lithotripsy. Shock waves have several effects on tissue, including increasing natural growth factors, stimulating the growth of new blood vessels, and providing analgesia (pain relief). Typically shock wave therapy is used in injured soft tissues, bone disorders, and wounds to provide accelerated and superior healing. One of the main advantages of shock wave therapy is that it is non-invasive, requiring only sedation or local anesthesia to administer the treatment. 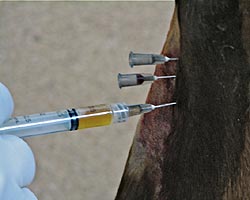 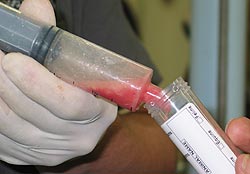 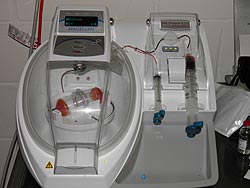 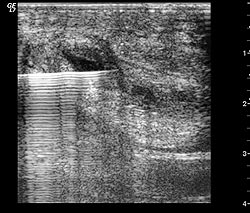 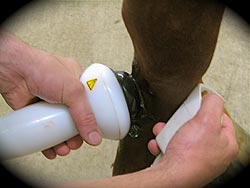